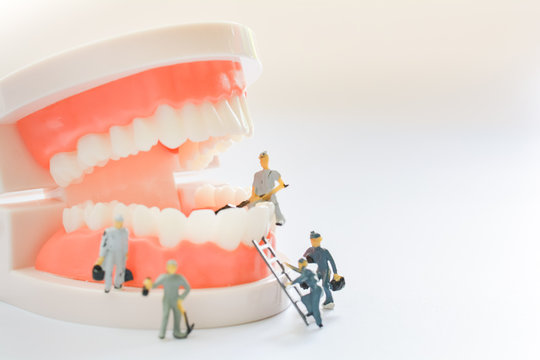 Plato argues by analogy that a leader is someone that must act in the best interest of her subjects in The Republic. He says a ship captain takes care of her crew, a farmer of her sheep, and a doctor of her patients. In this article, we will look at the claim that the first priority of a dental professional is the patient by looking at Socrates argument for justice as a craft and justice as a virtue.

In The Republic, Plato using Socrates as a mouthpiece tries to show Thrasymachus that justice (or morality in general) is not what benefits the stronger (a cities ruler) but what improves the user (the citizens of the state). He draws an analogy between justice and other crafts. He says that like all other crafts, the craft does not seek to benefit itself but its subjects. The most obvious examples are the crafts of sailing and medicine. Medicine is not practiced for the sake of medicine itself but only to improve and fix the body of sickness. Medicine serves the doctor only when she is sick and not in general.

The issue with Plato’s analogy between crafts and justice is that for the analogy to hold, crafts must be uniform structurally. Thrasymachus points out that not all crafts are like medicine or sailing, that it would silly for a sheep herder to raise sheep for the sake of sheep and a shoemaker to make shoes for the sake of shoes. Professionals practice some crafts for the sake of moneymaking.

This might be detrimental for Plato’s analogy between justice and craftsmanship, but we are only concerned with the practice of dentistry in this post. Dentistry seems to be aimed at helping patients and not itself or the doctor. This is because dentistry is not done for its own sake and the doctor only needs dentistry if she herself has a tooth ache. However, no dentist can do dentistry for free so dentistry also involves wage earning. We need to take a closer look as the structure of crafts to understand how dental professionals should treat their patients when practicing dentistry.

A craft as an art form is a body of knowledge that is composed of all the rules to make perfect or improve its subject matter. If a craft has incorrect rules, it wouldn’t be able to produce its product let alone well. The craftsman who knows little pottery can make a good pot but the potter that knows all of pottery can make the best pot (knowledge here is the practical kind). This is because the knowledge composing a craft is compete and cannot be improved upon. It is only the mere knowledge of the craftsman that needs improvement. Thus a craft cannot be practiced to improve itself.

Plato’s counter argument to Thrasymachus is that moneymaking is a separate craft, thus sheepherding, shoemaking, etc. are all aimed at the subject and not the user. When someone practices her profession, she takes care of her subjects but when she practices wage earning, she takes care of herself. It may seem that Plato has shown that all crafts are structurally the same for the sake of his argument. This counter is not successful because if moneymaking is a craft, it nether helps itself (as shown above) not does it help the subject (the person paying a fee); moneymaking helps the user (the wage earner) make more money. This means craftsmanship is not structurally similar and an analogy cannot be made to justice.

If dentistry is only a craft it is not clear who comes first, the doctor because she practices moneymaking or the patient because she practices the art of dentistry. It has been pointed out to me by a friend that there is a false dilemma being outlined by plato, one that plato probably intentionally placed. Justice, craftsmanship, etc. do not have to be in the interest merely of the user or merely the subject, it can be for the sake of both. It seems that justice and craftsmanship can aim at benefiting all involved. I think this is where Plato was leading us to go; the agent practicing a skill or virtue aims all better all involved not just a select few.

Justice as a Virtue

Justice for an individual ultimately, in Plato’s conception of morality, is a virtue that is a kind of regulation of the parts of the soul toward maximizing happiness (see Intro into Dental Ethics). For the state, it is a regulation of the parts of a city toward happiness, not for just its rulers or its subjects but all those involved. To be just is in one’s interest because it always improves. Justice is also one of the obligations promoted specifically by the profession of dentistry. If we follow Plato, justice in a dental office would be a kind of regulation of its parts toward betterment of its owner dentist, staff, and patients. So a justice dentist does not care for her patients solely but everyone involved in the art of dentistry and when it comes to wage earning she is not only practicing dentistry for the sake of money.

Those that practice dentistry should be those that get benefit from, either joy, intellectual fulfillment, etc. The art of dentistry is not merely for the subject, to improve the teeth and their surrounding structures, but for the artist. Dentistry is not for the sake of money making because it is not its subject matter.

The Republic by Plato

Intro into Dental Ethics for a look at justice in bioethics