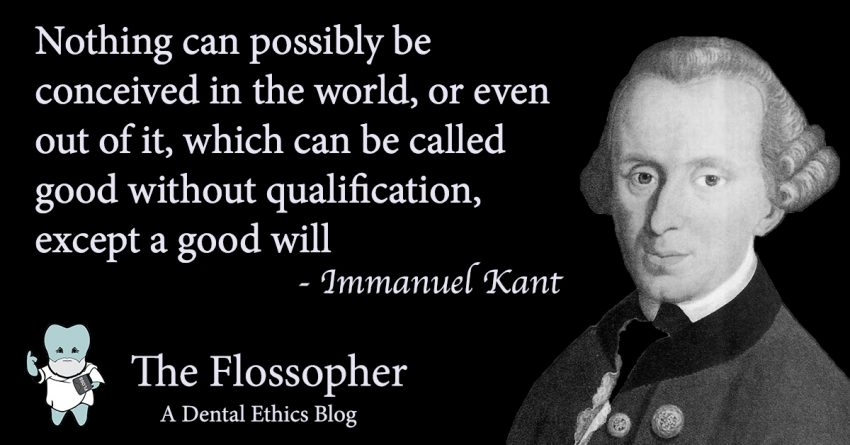 To respect a thing or a person is to hold that object in high regard. We feel disrespected when we are lied to or disregarded. In this article, we will explore the principle of respect for autonomy. I will explain why human dignity is the highest good and why autonomy is worthy of every agent’s respect.

People falsely believe different things to have intrinsic value. They point to money, fame, nature as having intrinsic value. When you ask them how they know this to be true, they simply resort to explanation in terms of utility or external value. Money is said to be valuable because it is used to buy goods.

Aristotle, in Nicomachean Ethics, argues that happiness is the ultimate good because it is final and sufficient. Everyone agrees that we seek things ultimately for the sake of happiness and we seek happiness for its own sake, not another. We seek money to buy items, these items give us pleasure, and accumulation of pleasure allow us to live happily.

Happiness can be said to be in a sense intrinsically valuable because humans universally seek it (it is the reason given for everything we do). The problem with identifying happiness as the ultimate good is that it is usually conceived as a conditioned good.

I seek my own happiness, but if helping you makes me less happy I will not seek your happiness. Happiness in general or for others is conditioned on happiness for self. Thus, happiness cannot be intrinsically valuable in an absolute or moral sense because not everyone recognizes an obligation to respect it in others. The highest good is a unconditioned or unqualified and obligates respect from moral agents universally.

Kant explains in the Critique of Practical Reason that the will is for determining universal ethical principles one must follow (moral laws). Since the categorical imperative merely consists of universalizing a maxim as a law of morality (first formulation), the form of a good will is also its content. Its goodness or value is only conceived in-terms of itself so it must be considered good-in-itself (not dependent, qualified, or conditioned on another).

It is difficult to grasp Kant’s argument and harder to connect it with the intrinsic value of humanity. In a religious ethic, it is simple to understand that an intelligent being created humans and defined them as having intrinsic value. This being would be an objective standard for value as long as it doesn’t change her mind. Saying human life is precious, sanctimonious, etc. means it is most valued and nothing comes before it.

This is self-contradictory view, however. If the goodness of humanity relies on the arbitrary will of an intelligent creator, then its value is extrinsic, not intrinsic. The creator would be the standard and the aim of all human action, not itself. The reason for human dignity must be found in-itself to be intrinsic.

A bigger problem with religious appeals is exactly how intrinsic value is established. An agent defining something as having worth doesn’t necessarily obligate others to respect that worth. Even with a promise of eternal damnation (infinite pain), this would mean the value of humanity is condition by consequences (so no intrinsic worth). We can look at Kant’s other formulations also to understand how to establish intrinsic worth.

The second formulation of CI is: act as an end-in-itself, never as a mere means. This reminds us to never use people solely for another’s sake. It is not clear, however, what exactly an “end-in-itself” actually is.

Christian Korsgaard explains that an end-in-itself is the arbiter or legislator of moral laws. The legislative  will determines value of things and so is a source of value. The will would violate its own legitimacy if it legislated while denying its own legislative property or that of others. Thus, a rationally constructed will (one of logical consistency) always recognizes the deliberative process of others (we obtain consent, do not deceive, etc.).

The human will is almost unique because we are able to apprehend (are self-conscious of) our own legislative ability as we legislate moral laws. Sentient beings sense but if they cannot self-refer, they have no intrinsic worth as humans do. Our ability to use language allows us to self-reference and, at the same time, conceive our will as obligatory. It is this rational thought that establishes and makes us aware of our own dignity (unqualified or unconditioned intrinsic value).

We are the only such beings that we know that can have legislative wills, so we refer to the highest good as human dignity. Some humans maybe excluded and some animals included because rational apprehension establishes intrinsic worth, not group status, number of chromosomes, mere sentience, or other aspects of the human condition.

Autonomy is to guide oneself with the conception of law (“auto” means self, “nomos” means law). The only autonomy, however, that matters for an agent is one that guarantees its freedom. A computer that is programmed to create its own programs to run would not be meaningfully free or considered an autonomous agent because it has no obligation to follow it; it follows the nature of its externally created program, not the necessity of its own rules.

For Kant, autonomy is to govern oneself not by any law but by the moral law (CI). By acting from the moral law, one is acting morally (objectively good). If we are moral, he claims, we must be regarded as free since forced actions are not praiseworthy or blameworthy. Autonomy elicits respect (infinite intrinsic value) when it is conceived as the CI. This is important because personal choice, opinion, emotions, simple desires, and even ones happiness is not objectively obligatory of respect unless conceived under a rational will.

Human dignity is the highest good because humans (generally speaking only) have rational apprehension through the ability of language which allows us to self-reference. Our legislative wills allow us to regard ourselves as ends-in-themselves (sources of moral value). A will conceived under the categorical imperative in its different formulations must be regarded as having unqualified and unconditioned intrinsic worth of infinite value.

One must understand the different formulations of the CI to understand its meta-ethical grounding. There is nothing more valuable then a good will. Respect for autonomy, utility, and freedom are only legitimate as they relate to a conception of the CI.

Human Dignity, an Op-Ed Comment in The Journal of American Dentistry by Vishnu Burla

Grounding of the Metaphysics of Morals by Immanuel Kant