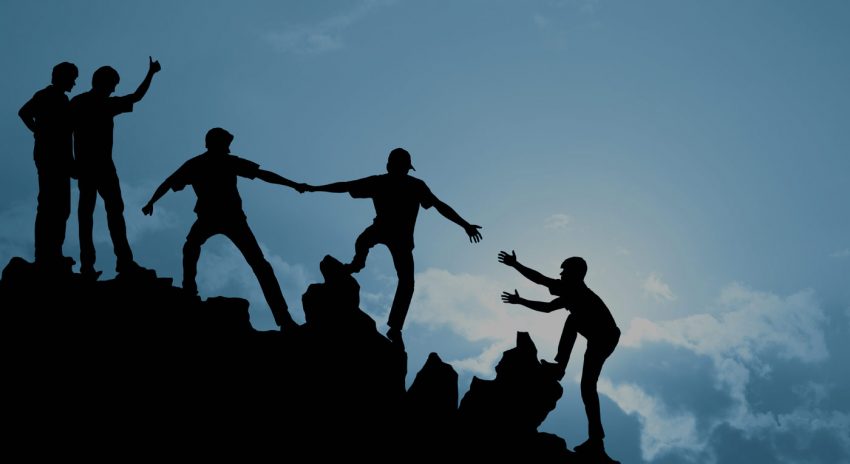 In this article I will explore the concept of altruism, giving to and helping others. Altruism will be critiqued based on one of the leading ethical theories on motivation, egotism. We will will explore ethical and ontological defenses, as well as, give a Kantian understanding of altruism.

Egotism is the ethical theory that one ought to do things only if they are in one’s own individual interest. Often what is altruistic in not in one’s own interest; it is in the interest of the other. Why must I help someone else if I am not benefited myself? There are two common ways of answering this question, one ethical and one ontological.

In the Eastern tradition, a few have given an ontological defense of altruism while supporting ethical egotism. Ontology has to do with being (teeth, toothbrushes, etc. are beings, but ontology is about being in general). If one is a monist, the idea that there is only one thing in the world, one could only say that one’s individual being is interconnected with the being of all others. Each person is like a water droplet in the ocean of beings. This means, when you give to another, you are just ultimately giving to your self. So, for an ontological monist, there really isn’t anything like selflessness, because there is only one self.

Altruism as a Virtue

A virtue is a character trait or habit that leads the individual toward excellence, happiness, or flourishing. If altruism is a virtue, a virtuous person would feel good giving to and helping others. We have to be careful to call altruism a virtue however since as conceived by Aristotle, virtue is a geometric mean between two extremes, the vices.

If extreme selfishness is an extreme, then the opposite extreme would be pure altruism, giving everything away and helping others but never yourself. A virtuous person has to be between a person that is extremely selfish and extremely altruistic.

The more vague question that comes out of this conception of virtue is when to be philanthropic or charitable and when to be more reserved. A virtue ethicist’s answer would be that the wise person, wisdom being the highest virtue, would know exactly when to be giving and when to hold back. We are left with an answer that is just as vague, leaving us with more questions than before like what is wisdom and how does one know when to give and help in a particular situation. Wisdom of this sort can’t be from experience because no two situations are identical. If you donated in the past and it went well, it doesn’t mean it will result in the same set of events as before.

Kant claims that we have an a priori duty to help others. A prori means that this duty is known through reason and not dependent on experience. This way, we can determine what is truly necessary to do independent of circumstances. For Kant, we have to universalize a maxim to make it a necessary moral rule (see Do I Have to Floss? for why universalization implies necessity). Kant claims that we have a duty of beneficence, to help others, because we cannot conceive a world where we do not help each other achieve our goals (passes the contradiction of thought test – see Intro into dental ethics for more explanation of Kantian ethics). No man is an island. We all need help as children to grow skills, to work in teams to achieve big goals, etc. We need to help others because we need help to achieve our ends.

Beneficence for Kant, however, is a wide imperfect duty. A wide duty is one where an agent has choice on when, where, and how to perform the duty (there is moral latitude on how to perform the duty). An imperfect duty is an obligation to adopt a specific maxim, in this case, the maxims of others you should help. Imperfect duties pass the contradiction in thought test (see last paragraph) but do not pass the contradiction of will test; one cannot will everyone taking up the ends of others all the time since they couldn’t take up their own ends. Wide Imperfect duties need not be done all the time like narrow perfect duties. If we need to be beneficent all the time, we run into the issue with pure altruism above; we ultimately run into self rune by not seeking our own needs. The question becomes when, where, and how to be beneficent.

We know that we cannot perform a duty of beneficence when they violate narrow perfect duties. These are prior to wide imperfect duties. For example, there is no duty to help steal equipment form a dental office because this would violate the narrow perfect duty not to steal. One could say we would have to perform an imperfect duty as long as it doesn’t violate any other duties, even other imperfect duties that are prior. For example, a dentist performing free surgeries in poor countries would need to take a break to rest and develop her capacities (an imperfect duty) before doing more charitable work. The issue then is figuring out which duties are prior to others and giving a reason for the priority. Examine the following example: we need to rest sometimes so that we can develop our skills and we need to develop our skills to make time for rest. It is not clear that one can consistently hold imperfect duties with the same priority ranking.

Karen Stohr explains that the duty of beneficence is obligatory but still a wide imperfect duty, not a narrow perfect duty. She argues that the Formula of Humanity (treat people as end-in-themselves, and never as a mere means) supports the idea that we should always treat people as agents capable of setting ends and not being indifferent to this normative fact. Basically, you don’t have to help everyone, but you do have to acknowledge their end-setting abilities in some way, even if its just by apologizing since you cannot help them at this moment. This however is a casuistic approach compared to the Formula of Law of Nature where a maxim is universalized. An imperfect duty is one that obligates us to take up the ends of others as our own end, not merely acknowledge their capacity to set ends. So this is not a solution to the issue of latitude (the ability to have choice over when, where, and how to perform a duty).

The issue with moral latitude is that we don’t have moral knowledge of exactly when, where, and how to perform an imperfect duty. One could speculate on the practices within individual maxims to understand when to help others. For example, one could uphold the maxim, “I ought to drive Eric to his dentist appointment because he is my friend.” Friendship requires priority over strangers. The issue with such maxims (replace friend, with partner, parent, etc.) is that one cannot universalize a maxim of a practice that prioritizes the wills of particular wills over the wills of others; this is because every good will is unqualified and cannot be set one above another.

Another set of maxims, instead of focusing on relationships, focuses on customs. For example, it could be someone’s birthday, Christmas, etc. These customs require gift giving or helping others without necessarily giving priority over particular agents, i.e., you can donate gifts to strangers on Christmas. These practices are however also not universalizable because they are contingent practices; they only apply to an agent growing up in that custom and since it is contingent there can be no moral necessity in following them (they aren’t universal practices and necessity implies universality).

Altruism is required even if one is purely egotistic, selfish. This is because it is sometimes in our interest to help others. If one is not a rational egotist or an ontological monist, it is still conceptually true that one ought to be altruistic. Altruism must be in a balance with selfishness as the extreme versions of these can lead to self-rune.

Beneficence is a wide imperfect duty that establishes a moral obligation to help others but also allows for moral latitude, the ability to choose when, where, and how one will satisfy this obligation. We are not only obligated to acknowledge the end setting ability of other people but actually take their ends as our own. The issue with moral latitude is that decisions cannot be strictly deliberate. It may be that relationships or customs provide the rules for helping others and giving them gifts but these are contingent facts that don’t apply universally or necessarily to all people; these is no obligation in following those rules. It could be that when you adopt someone else’s end we can universalize our own maxim to find a duty that relies on a strict deliberative process. Kant’s duty of beneficence is confusing. Can I get some help?

See Karen Stohr, “Kantian Beneficence and the Problem of Obligatory Aid” for discussion on the wide imperfect duty of beneficence.